This map shows the areas to which Ateret Cohanim is connected in various ways, either directly or indirectly. Locations are approximate. 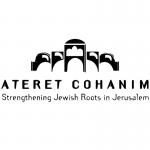 Ateret Cohanim is a Jerusalem-based settler organization with the goal of “securing a United Jerusalem,” — which it refers to as “Our Jerusalem” — and “reestablishing… Jewish communities” in East Jerusalem.[1] In reality, this mission manifests as Ateret Cohanim working to build a Jewish demographic majority in Jerusalem’s old city and East Jerusalem by replacing the Palestinian residents of Jerusalem with Jewish settlers.

Those working in both Ateret Cohanim and its American counterpart shed light on the intention behind the organization’s work by making their own views of the situation on the ground clear.

For example, Daniel Luria, Executive Director and International Spokesman of Ateret Cohanim has been described as “an Australian Jew who says that Israel is in fact his homeland, and he has much more right to the land than Palestinians who were born there.”[2] He details the work of the organization as “doing ideological real estate”[3] — a clear indication of discriminatory behavior in and of itself. He has published videos stating that “There was no such thing — and there never has been — a Palestinian people” in order to argue against the notion of Palestinian self-determination.[4]

David Mark, the Director of Community Development and Outreach for Ateret Cohanim, takes his analysis a step further by suggesting that Palestinians are actually the ones occupying and settling Jewish land, entirely inverting the power dynamics at work on the ground. Mark has said, “Because at the end of the day, it is not the Jewish people who are the occupiers or thieves, but rather the European created ‘Palestinian’ people who are the real occupiers.”[5] This is also reflected in the description of Mark on Ateret Cohanim’s staff page, which describes him as “intimately involved with Land Reclamation activities in Judea and Samaria” — a rather misleading way to represent the illegal settlement construction in the Occupied West Bank and East Jerusalem. As Director of Outreach, Mark also propagates ethnonationalist and racist ideology through tours of the region and public communications.[6]

Director of American Friends of Ateret Cohanim Chaim Leibtag has joined his colleagues in publishing a letter of thanks to former president Donald Trump, calling him “to act and help keep a united Jerusalem in Jewish hands.”[7] This call does not only fly in the face of international law, which holds that territory cannot be seized by force — as East Jerusalem was seized by Israeli military forces in 1967 — but even US policy under former president Trump, whose Secretary of State Rex Tillerson clarified that the recognition of Jerusalem as Israel’s capital “did not indicate any final status for Jerusalem.”[8]

By buying properties from non-Jewish owners and transferring them to settlers, Ateret Cohanim works as a real estate company with the intention of changing the demographics of Jerusalem. The organization operates at the intersection between the Israeli state and individual settlers. For example, the state transfers land to Ateret Cohanim which it then distributes to settlers. The organization depends on two discriminatory state laws to fulfill their goals: the Absentee Property Law[9] and the Legal and Administrative Law Matters of 1970,[10] while indirectly relying on Israel’s licensing and zoning strategies, high municipal taxes, systematic denial of services to the Palestinian community, and arbitrary closure of Palestinian institutions to acquire land and property in Jerusalem. The organization propagates a political agenda – namely that of building support for the further colonization of Jerusalem through their tours. Its main focus lies in Jerusalem’s old city and surrounding areas.[11] American Friends of Ateret Cohanim is the New York-based fundraiser for this settler organization which has funneled tax exempt US dollars to Ateret Cohanim in violation of US charitable laws.

American Friends of Ateret Cohanim promotes its 501(c)(3) charitable status, which allows it to transfer tax-deductible donations. However, the Internal Revenue Service lists its charitable status as revoked for not filing tax returns for at least three consecutive years.[14] We demand an investigation into how this organization has continued to operate as if it still holds charitable status, when allegedly it no longer does. Ultimately, we call for the final revocation of its charitable status on the basis that its work violates the guidelines of both the Federal and State charitable giving laws.

Ateret Cohanim in the news

Stop US charities that finance violence. Make your voice heard.

*You can read the full text of the petition here.